Two new papers from the lab have been accepted during the last weeks. They include the last experiment that Fernando did during his post-doc at the Duke University Phytotron (ten years ago! Do not ask me why it took me so much time to finish it, I have been quite busy during this time…) and another paper from the climate change experiment that we are maintaining at the Aranjuez Experimental Station. They will be published online early during the next weeks/months, but here go the abstracts:


Earthworms modify the way roots respond to soil nutrient patchiness. However, few studies have evaluated the joint effects of earthworms and soil heterogeneity on plant community biomass and species dominance, and none of them have assessed the influence of different patch features and environmental conditions on such effects. We evaluated how soil nutrient heterogeneity, earthworms (Eisenia fetida), organic material quality (15N-labelled leaves and roots of contrasting C: N ratios) and elevated CO2 (phytotron chambers) affected the resource-use strategy, biomass and species dominance of mixtures formed by Lolium perenne L. and Plantago lanceolata L. Soil heterogeneity decreased N capture from the organic material, especially in the presence of earthworms. Mixtures experienced a 26 and 36% decrease in shoot and root biomass when earthworms were added to the heterogeneous microcosms, but only with high quality organic material. The dominance of Lolium perenne was lower under conditions of elevated CO2, nutrient heterogeneity and earthworms. Our data suggest that earthworms can neutralize positive plant growth responses to soil heterogeneity by exacerbating decreases in the supply of N to the plant. Specifically, earthworms foraging for high quality patches may stimulate microbial N immobilization, translating into lower N capture by plants. Increases in casting activity under elevated CO2, and hence in microbial N immobilization, may also explain why earthworms modulated the effects of soil heterogeneity and CO2 concentrations on plant community structure. We show that earthworms, absent from most soil nutrient heterogeneity studies, mediate plant biomass responses to nutrient patchiness by affecting N capture. Future plant-foraging behavior studies should consider the roles played by soil engineers such as earthworms, so that results can be better extrapolated to natural communities. 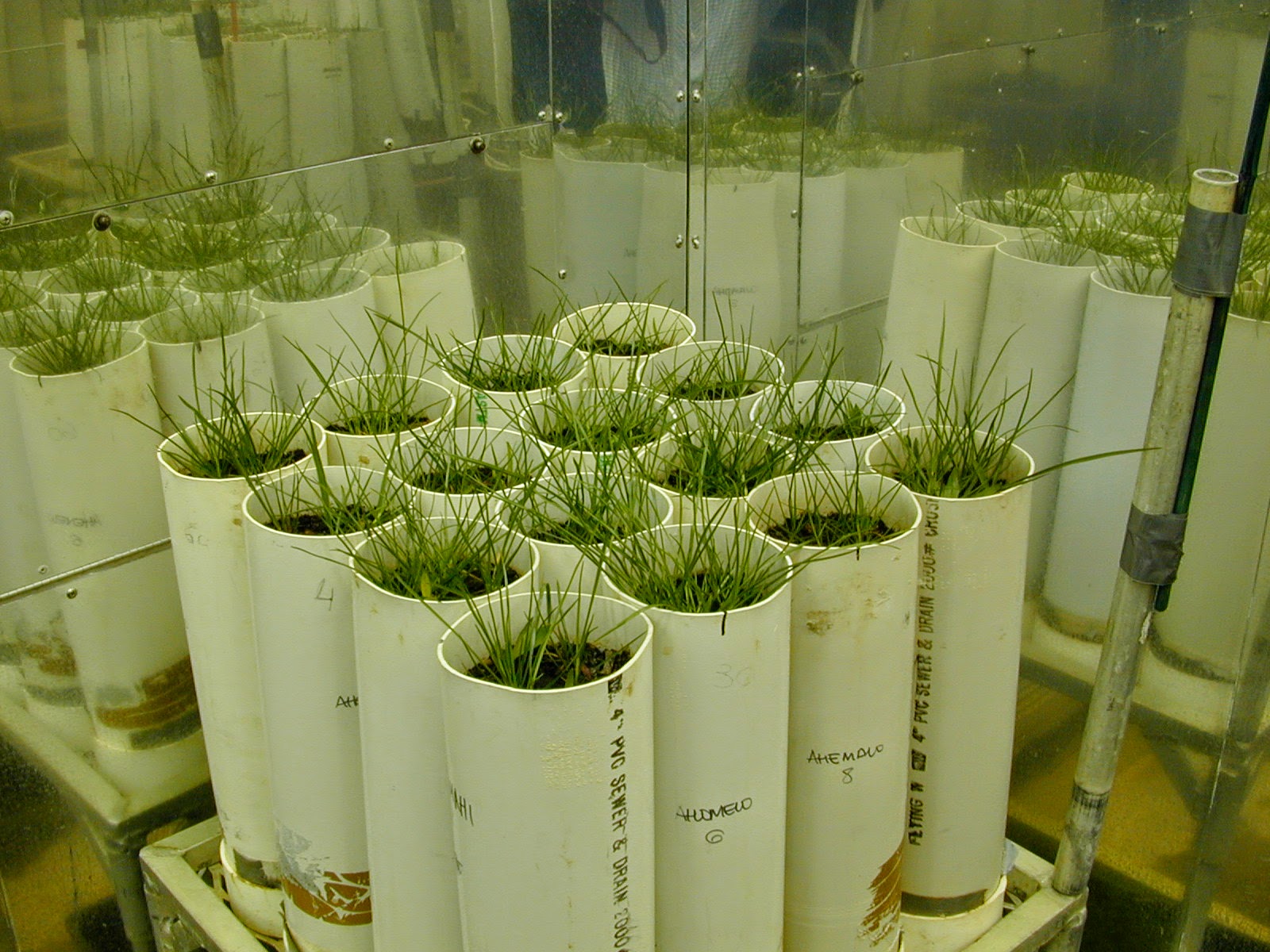 View of some microcosms used within a Phytotron chamber. Photo by Fernando T. Maestre


1. Climate change will raise temperatures and modify precipitation patterns in drylands worldwide, affecting their structure and functioning. Despite the recognized importance of soil communities dominated by mosses, lichens and cyanobacteria (biocrusts) as a driver of nutrient cycling in drylands, little is known on how biocrusts will modulate the resistance (i.e., the amount of change caused by a disturbance) of the N cycle in response to climate change.


3. Biocrusts promoted the resistance of soil N availability regardless of the climatic conditions considered. However, the dynamics of N availability diverged progressively from their original conditions with warming and/or rainfall exclusion, as both treatments enhanced N availability and promoted the dominance of inorganic over organic N. In addition, the increase of fungal: bacterial ratio and the decrease of biocrust cover observed under warming had a negative indirect effect on the resistance of N cycle variables.


4. Synthesis. Our results indicate that climate change will have negative direct and indirect (i.e. through changes in biocrust and microbial communities) impacts on the resistance of the N cycle in dryland soils. While biocrusts can play an important role slowing down the impacts of climate change on the N cycle due to their positive and continued effects on the resistance of multiple variables from the N cycle, such change will progressively alter N cycling in biocrust-dominated ecosystems, enhancing both N availability and inorganic N dominance. 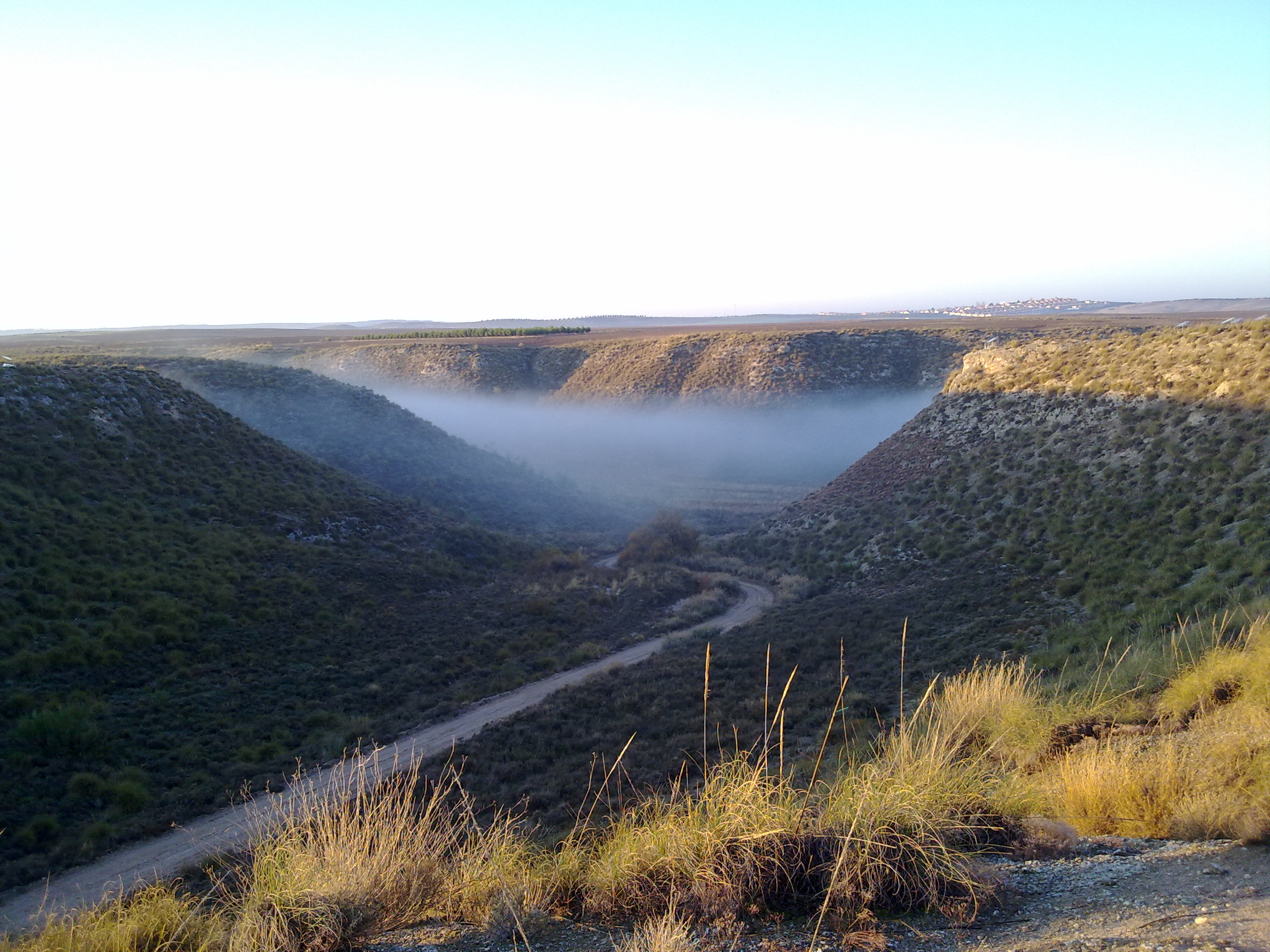 The Aranjuez Experimental Station during a winter sunrise. It isn´t a nice place to work? Photo by Beatriz Gozalo